Welcome to Business North Carolina’s annual list of the state’s largest privately held companies. For more than 30 years, similar lists have showcased the hometown businesses that sustain North Carolina’s economy, often with little or no fanfare.

Most of the information on the list comes directly from the companies. For a second consecutive year, the list also includes our best estimates for revenues and employment at some businesses that didn’t want to share the basics. It took many phone calls and emails to compile what is an unparalleled look at North Carolina’s private-company universe.

This year’s list is based on 2019 revenue. Hence, it reflects the pre-COVID-19 environment that virtually everyone hopes will return as soon as possible. The most notable newcomer is Cary-based Epic Games, which ranks No. 3 after enjoying explosive growth because of the popularity of its Fortnite video game.

Private equity-controlled companies whose operations are based in North Carolina are eligible for the list. An example is newcomer Segra, a Charlotte-based telecommunications provider owned by a large Swedish investment group. It bought High Point-based North State Telecommunications this year.

But the list is mostly companies owned by families that have operated in North Carolina for decades, if not generations. To say they are the backbone of the Tar Heel economy is an understatement. 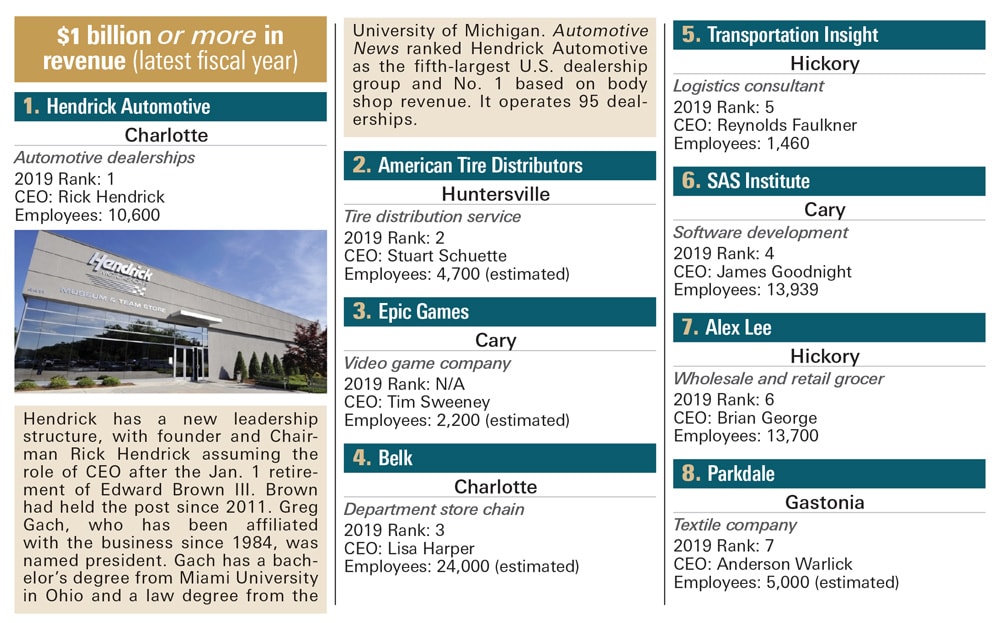 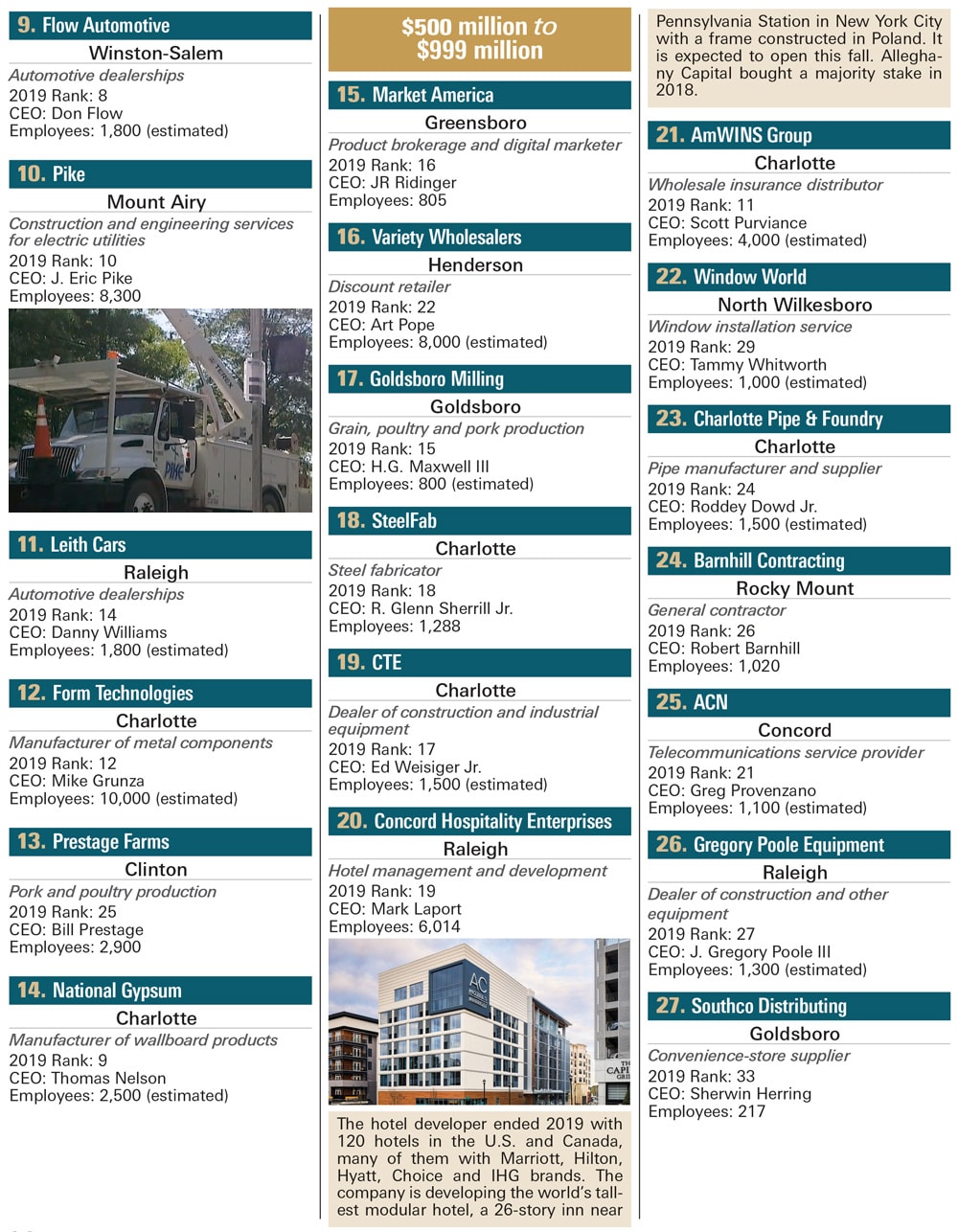 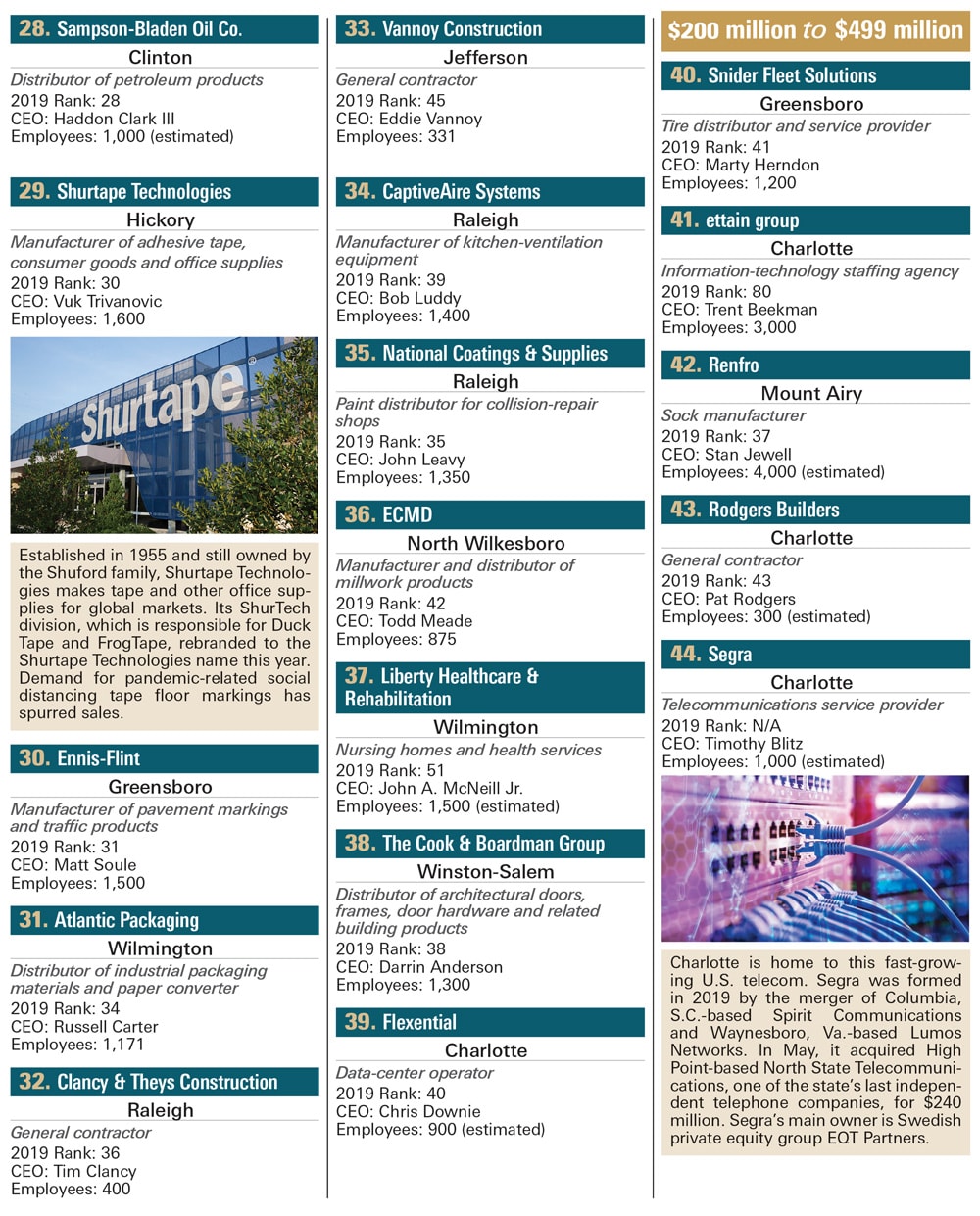 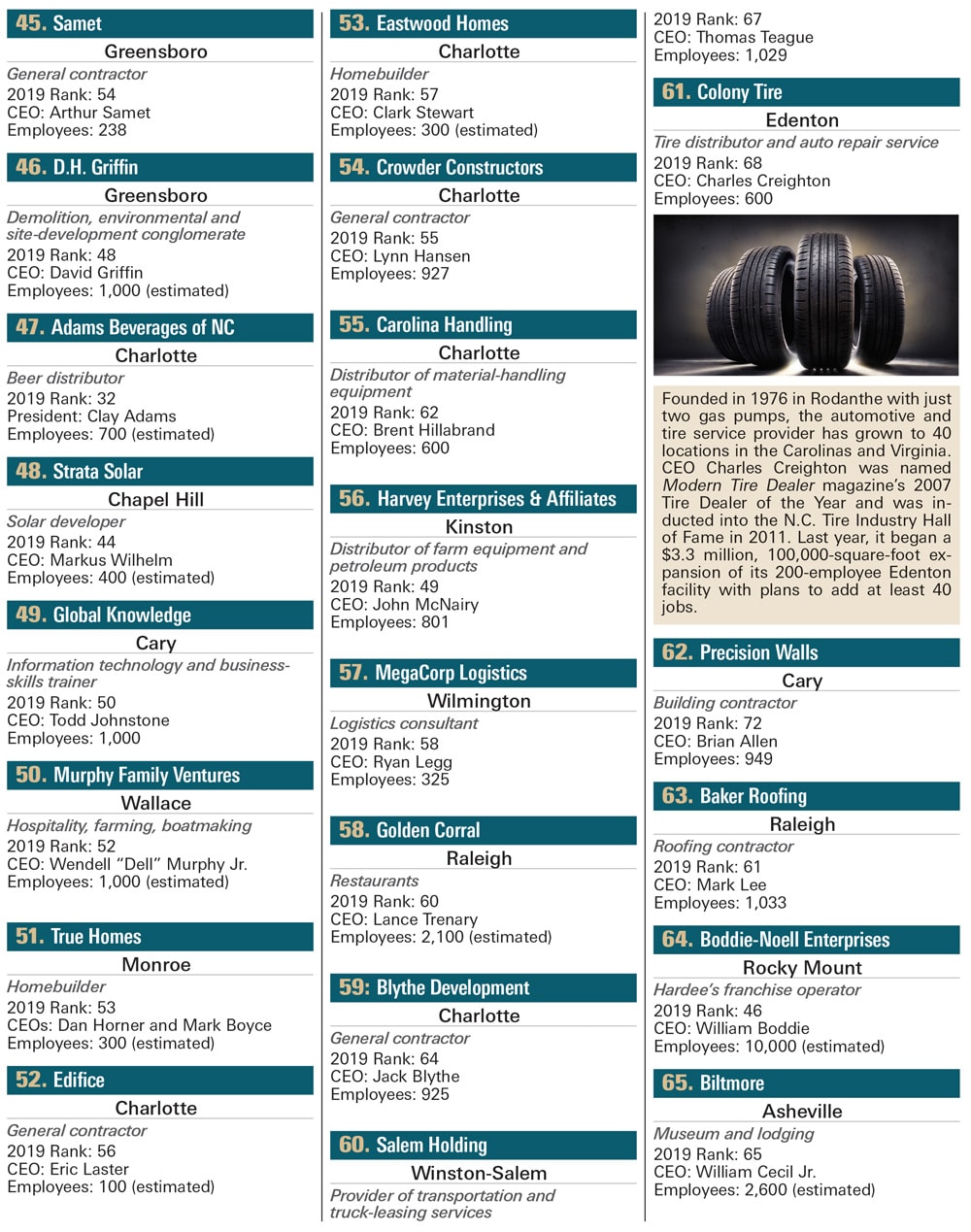 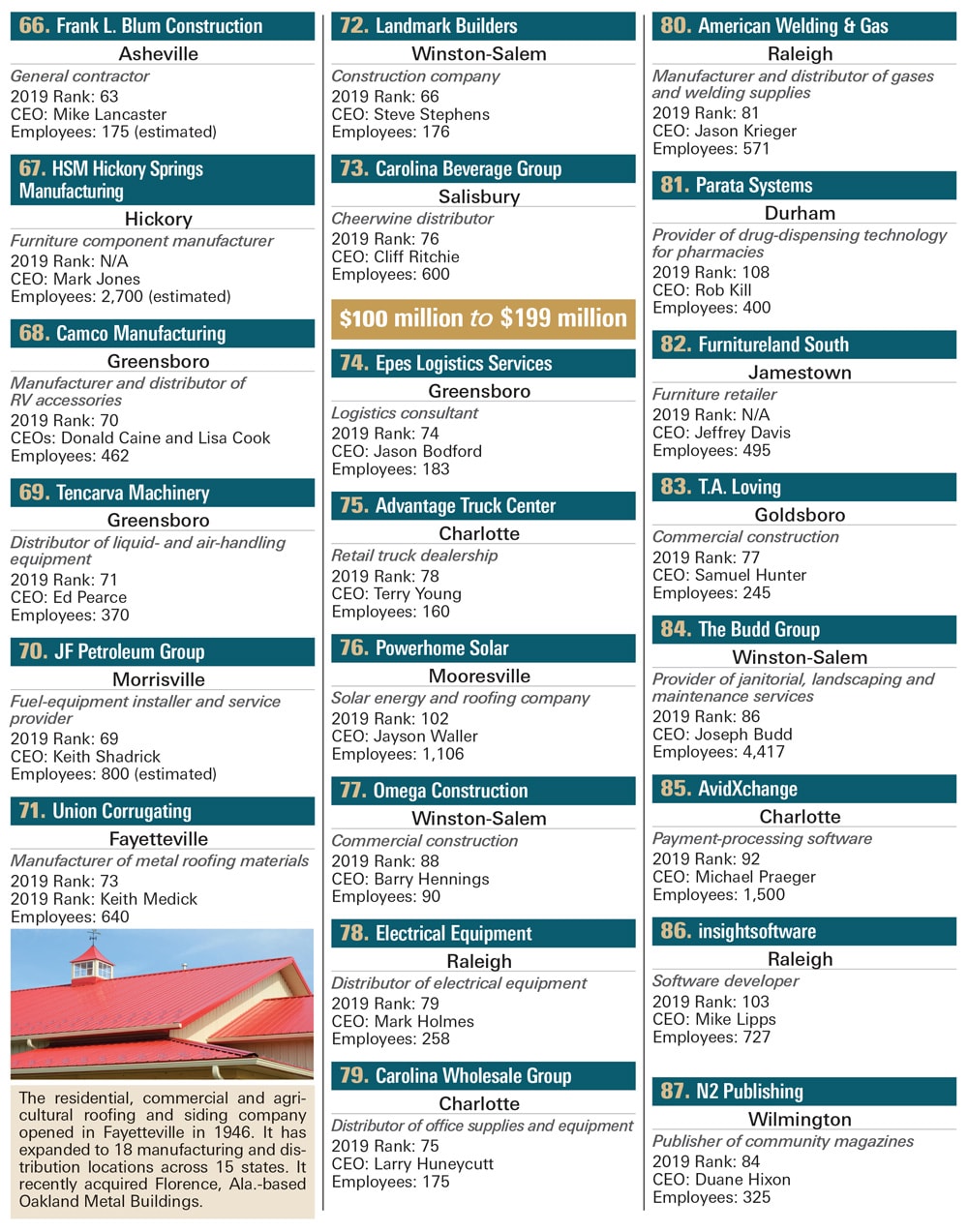 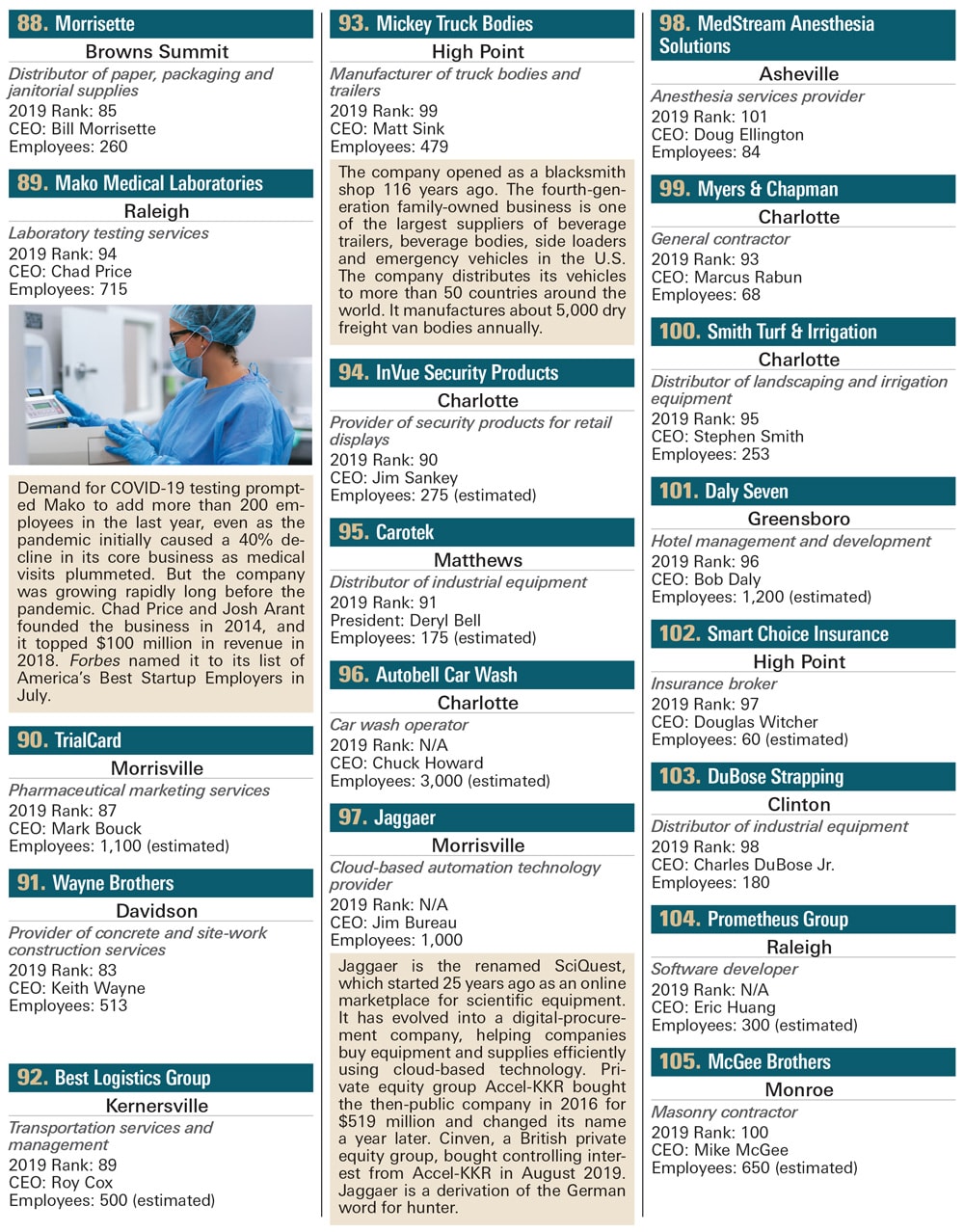